Working with a very international staff, the World Cup has been a topic of conversation for months.   During our trip to Guatemala, soccer continued to be popular.  Partially because the World Cup just started. In the Guatemala City airport, some of the kids ran right up to a rental car booth that had the game on and watched for a few minutes with the locals.    On Sunday the 13th, we stopped for a rest and ice cream stop en route to Salamá and what else would be showing on the flatscreen TV in the restaurant?  Soccer tends to be the "world's game" because it doesn't require a lot of equipment.   All you really need is a ball.  You'll see kids without shoes playing "football" in Latin America or Africa in open fields.  On Tuesday June 15 we rented out a small soccer field in Salamá, invited some of our local Habitat volunteers, broke into our work teams and played 5 minute tournaments. 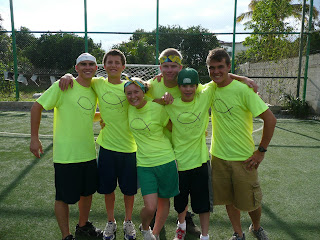 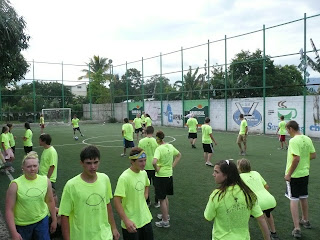 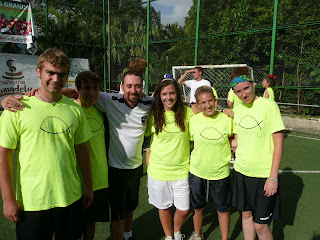 On Saturday June 19 we visited Comalapa to help with a project with Aguas de Unidad. One of their water systems was located at a high school, and even though it was a Saturday, class was in session.   Some of our kids played a pick up game with the students there.  Needless to say....we got schooled. 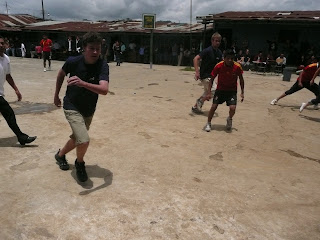 Some of the students cheering their team on to victory! 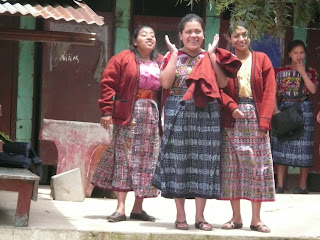 Handcrafted for your enjoyment by Jenni at 8:35 PM